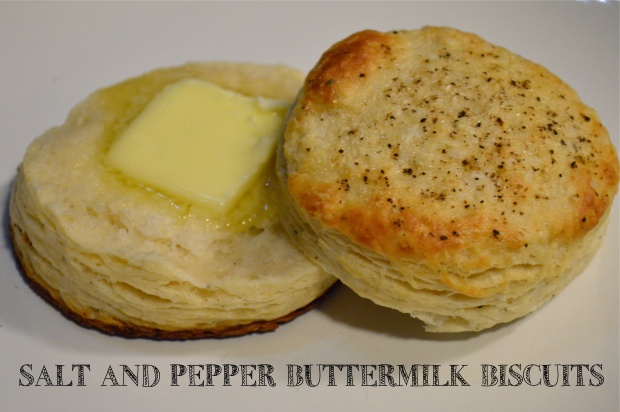 Biscuits shouldn’t be rushed though. Flaky, buttery, light-as-air, homemade buttermilk biscuits are representative of a bygone era, an era when people took their time on the things that matter, and didn’t give me guff for taking too long to talk to them about biscuits.

The thing about homemade buttermilk biscuits is, well, that they’re freakin’ amazing. Those dense doughy things that come in a can from the grocery store shouldn’t be allowed to go by the same name. If you can master making a buttermilk biscuit from scratch, you’ll pretty much own the world. People will do things for you. Things that you can’t even imagine. People really don’t understand the power of a good biscuit. Where I live in Brooklyn there are just as many Southern restaurants as in the actual South, and while the food is legitimately amazing, the biscuits are decidedly sub-par. I’m convinced that this is NOT because biscuits are too difficult for them to master, but instead because they don’t understand the importance (and power) of good biscuits. They think of biscuits as an after thought, a less than, and something not worth their while to make well. Their loss. Our gain. We’ll stay in and make our own biscuits! 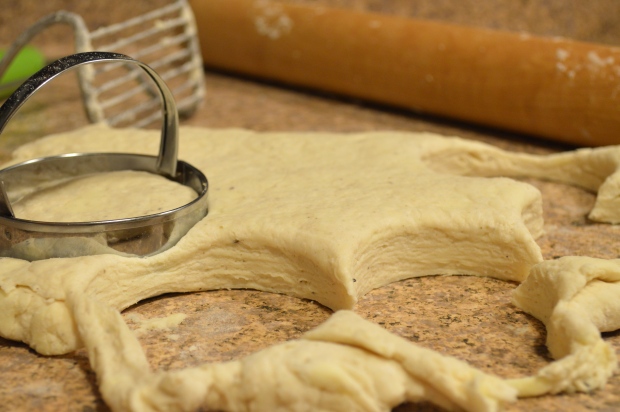 A few decades ago, everyone’s grandmother knew how to make biscuits, and make them well, but increasingly, it’s a dying art. I think that these days people don’t make them because they’re afraid or intimidated by the process. I promise you though that biscuits are not that difficult to get right if you can get over the fear. It can take some practice to get them perfectly light and fluffy, but as long as you’re gentle and respectful of the dough, and don’t manhandle them too much, they’ll come out better than you can imagine. As you make them more and more often, the process will get easier and easier, and they’ll come out better and better.

The trick to giving your biscuits flaky layers is to roll the dough out to about 1/2 inch thick on a floured surface, very lightly dust the dough with flour, and fold it over on itself. If you repeat this about 5 or 6 times (gently) you’ll have a good bit of nice tender layering. Simple.

Another thing I like to use to help make my biscuits impossibly light and airy is cream of tartar. Cream of tartar has absolutely nothing to do with tartar sauce, but is actually a bi-product of the wine industry. It has many uses in the kitchen, from stabilizing whipped cream to preventing sugar syrups from crystalizing; but for my purposes, in combination with baking powder, it helps baked goods rise Rise RISE .

One more thing I like to do to add a little something extra to my biscuits is to brush a bit of fat on top before baking. You can use melted butter or heavy cream, but either way this helps add an extra crunch to the tops of your biscuits, and helps make them come out slightly shiny, golden brown, and beautiful.

For this recipe I also added a little fresh cracked pepper to the mix, and topped them with pepper and coarse kosher salt for a bit of interest. Trust me though, without the salt and pepper these biscuits are still phenomenal. They really don’t need it, but I thought it would be a nice touch with the sausage gravy I was serving with them. You can leave out the salt and pepper if you like, and if you wanted to get crazy you could toss in something else. I’ve seen chives mixed into biscuits with excellent results, and I’ve even seen people mix in lemon or citrus zest! Yum!

One last thing that I think really helps make biscuits really special is a pastry blender. If you don’t have one you could also use food processor, a fork, or even your hands, but I really think you have more control with a pastry blender. The point is to cut the fat, in this case the butter, into the flour, and to do it with as little fuss as possible. Working the dough too heavily can cause the butter to melt or the gluten to form and make your biscuits tough, so I think a traditional pastry blender is the perfect way to cut your butter up into super tiny pieces without overworking the dough.
A pastry blender is basically just a series or wires or blades held together with a handle. I’ve used a few of them in my day, and my absolute favorite is this lil’ guy. I swear this pastry blender was sent to earth from heaven, just for me.  Some pastry blenders I’ve worked with in the past were a bit too flimsy to stand up to the beating I put them through, so I was thrilled when I found this one. The blades are thick and strong and don’t budge against even the coldest butter. The main difference between this and other blenders is that the blades are flat and straight instead of curved, but I don’t miss the curved design one bit. 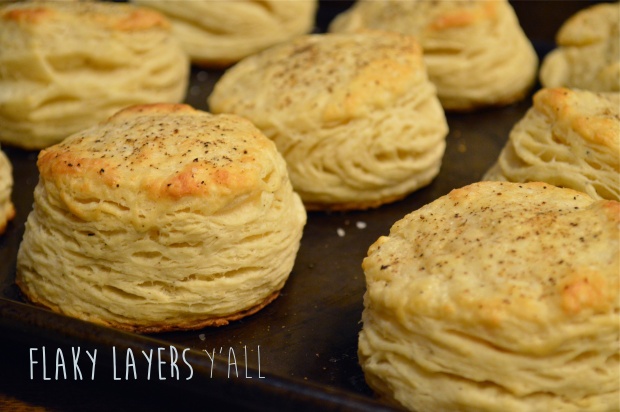 If you have a pastry blender you can throw a batch of biscuits together in 20 minutes or less. When we hosted Thanksgiving last year I spent the whole day cooking and cleaning and getting ready for our friends to arrive, but when the first guest rang the bell I realized I’d forgotten to make my biscuits. At first I thought I’d accept defeat and just skip them for the night, but then I thought twice and started pulling out the flour and butter. Even with guests milling around the kitchen, I had those biscuits in the oven so fast that my friend Isobel couldn’t believe it, and every time someone picked one up that night she’d proudly brag that I tossed them together in a flash at the last-minute.

I’m really not trying to toot my own horn though, I’m just trying to let you know that once you get the hang of doing this, it becomes second nature. The recipe I use is not some fancy Martha Stewart creation, or some decades old family recipe passed down from someone’s Southern grandmother, but a recipe I found in my 90s copy of the Better Homes and Gardens cookbook. It couldn’t be more simple. I’ve been making it for years, and while I’ve made some tiny tweaks, I think it’s totally perfect. I promise you that giving this recipe a try will be completely worth your while. So go ahead, impress your friends, and make some homemade biscuits. 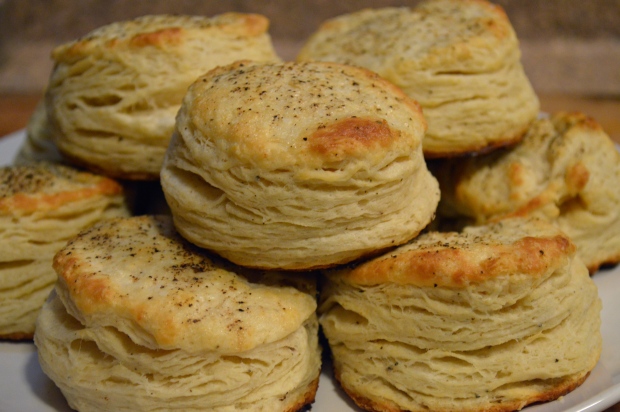 Preheat oven to 450. In a large bowl whisk together flour, 1 teaspoon pepper, baking powder, sugar, table salt, and cram of tartar. Cut the cold butter into 1 inch chunks and add to flour. Cut butter into small pea sized pieces using a pastry blender, fork, or food processor. Make a well in the center of the bowl, pour in buttermilk all at once, and stir together with a fork until just moistened.

Turn dough out onto a lightly floured surface. Gently push dough out into a flat disk using your hands or a rolling-pin. Dust very lightly with flour, fold in half, and gently press it back out. Repeat 5 or 6 times to create layers in your biscuits that will separate when baked. Roll or pat dough out to 1/2 inch thick and cut into circles using a biscuit cutter. Remaining dough can be recombined once, but no more or it will get tough. Transfer biscuits to a baking sheet and brush tops with cream or melted butter. Sprinkle with salt and remaining pepper. Bake for 10-12 minutes, or until golden brown on top.